This Modern-Day Cinderella Story Comes With a Surprising Male Twist

When Doug Faucher pulled a men’s wedding band from the sand near Cato’s Bridge in Jupiter, FL, he was determined to use the power of social media to solve the mystery and right the wrong. 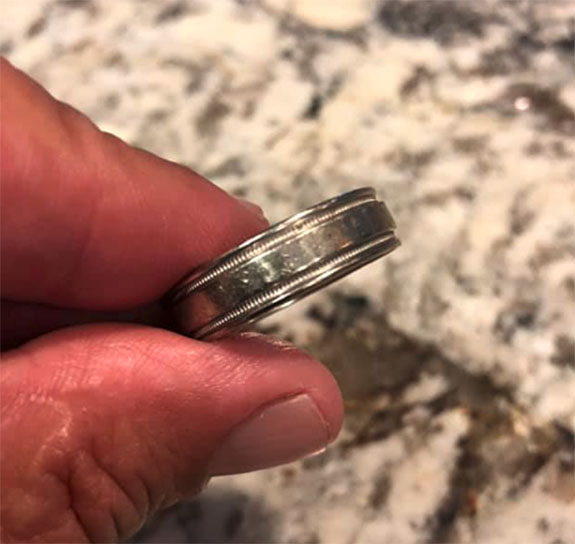 “Marriage is sacred and I’m sure the rightful owner was devastated when [he] lost this wedding ring,” the Tequesta, FL, resident wrote on Facebook.

Interestingly, the Good Samaritan didn’t hesitate to post photos of the white gold ring even though it wasn’t inscribed and had no other unusual markings. The way Faucher was able to verify the owner was the same way Prince Charming was able to match the glass slipper with Cinderella. It was all about the fit. 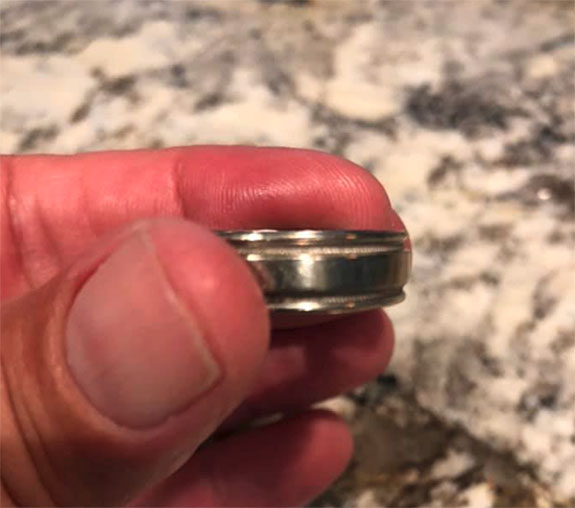 It was late June when Faucher turned to Facebook to implore his friends from Jupiter and Tequesta to share his post until the owner could be found.

Along with three photos of the rings, Faucher offered details of how he was “chillin in lap deep water” south of Cato’s Bridge in a spot the locals call “Sand Mountain.”

He also told the Palm Beach CBS affiliate, CBS12, that he had been sitting in the water with his hands in the sand.

“Next thing I knew, I found the ring,” Faucher said. “I free dive a lot in the local area. Sometimes I find a $10 bill or a $20 bill that might have fallen out of a surfer’s pocket, but nothing of this significance.”

About three weeks later, one of the 500-plus shared posts found its way to Jason Baxter, a resident of Palm Beach Gardens, who had accidentally dropped his ring in the water while on a boat outing. That was three years ago.

“I got a post from Jason and Jason said, ‘Hey, I think that’s my ring. Then he also attached two photographs with it. One photograph was when he was signing his marriage certificate,” Faucher said. “You can really see how the ring looked and obviously it was a perfect match.”

(A well known online jeweler claims the most commonly purchased men’s rings range between size 8 and 10.5, with size 9 being the most popular. Other sources report that their most popular men’s ring size is 10.)

Faucher knew he had his man “because it’s a very large ring and Jason has a size 13 finger,” Faucher told CBS12. “He was so excited and I can’t wait to get the ring to him.”

The TV station reported that life has changed dramatically for Baxter since his lost his wedding ring three years ago. He’s now a father of three, including newborn twins.

“Never in a million years did I ever think I would see this ring again,” he told CBS12.